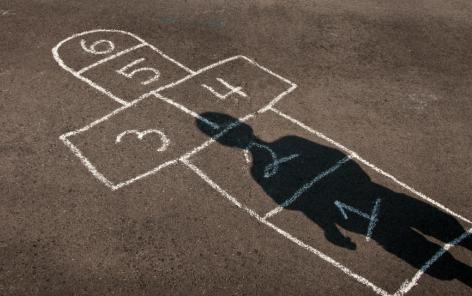 Survey on the paths of children placed in institutions

The Swiss National Center of Competence in Research (NCCR) LIVES has launched a retrospective survey on the life paths of young adults who have spent a part of their childhood in a home run by the “Fondation officielle de la jeunesse” (FOJ) in Geneva. Do the vulnerable circumstances they lived through in the past still affect them now? One of the goals is to identify areas of possible action for helping children placed today to manage their lives in the future.

It all started with a question from the financial inspectorate of the canton of Geneva: "They asked us to provide performance indicators," recalls Olivier Baud, secretary-general of the Fondation officielle de la jeunesse (FOJ). “In our field, this is a difficult instrument to handle, because we know very well that our actions alone are not enough. There is also the family, the school, the apprenticeship... But it bothered me not to be in a position to know what had become of our alumni."

The FOJ secretary-general therefore contacted Eric Widmer, a sociology professor at the University of Geneva and a specialist in family networks. "He had spoken several times at conferences or retreats held by Integras, the professional association for social and specialized education, and I was always fascinated by his 'family constellation' approach, which takes all significant people into account in a model that is not limited to Mom and Dad," Olivier Baud explains.

It was just a short step from Eric Widmer to LIVES. The head of IP8 immediately suggested conducting the project through the NCCR, which put the issue of vulnerability and the study of life paths at the center of its work.

This field will fill a gap. As the research project's plan says: "We know little or nothing about the professional and family paths of the children placed. Are they able to stay on a 'standard' path [...] and establish themselves as individuals who have plans and can act on their environment?"

The first interviews, with a dozen alumni aged 18 to 33 years, began in November 2012. The goal is to find a total of 80 by next spring, who can be divided into two groups: the 18-23 cohort, whose experience of the FOJ is still fresh, and the 28-33 cohort, who are able to provide information on their medium-term development. For these two age groups, the researchers are interested in the entry into adulthood in terms of family and occupation, a crucial period in the life course.

Path, network and feeling of control

The first part of the interview focuses on describing the family network in the broad, subjective sense, that is elective affinities, to see what support each person in the group has, where resources and gaps are. Using a life calendar, the young adults then retrace their actual path, indicating various aspects of life (people who made up their households over the years, affective relations, education, work, extra-professional activities, health issues). The last stage of the interview concerns the young subjects' feelings of control and vulnerability, using a scale that allows them to locate their level of wellbeing and to reveal any depressive symptoms, among other things.

Myriam Girardin, a LIVES PhD student working with professors Eric Widmer and Michel Oris, is in charge of the survey, from implementing the questionnaire to editing the report, which is expected in early 2014. She is responsible for building the database and analyzing the information. For the fieldwork, she benefits from collaboration with the FOJ's head of education. Together they supervise three interviewers hired for the project: two psychologists and one specialist teacher. These five people are authorized to conduct interviews. Some FOJ educators may also be involved.

The researcher and the FOJ secretary-general recognize that the sample may better represent people who are socially well-integrated and psychologically stable than those who are disconnected and more difficult to find or convince. With 300 places in the FOJ's foster homes, there is no lack of former residents. However, only very few have stayed in contact with their former teachers. The study is an opportunity to reopen the archives. It also depends upon a snowball effect among former classmates for tracking down potential participants.

"Giving voice to the voiceless"

The first contacts have prompted a lot of positive feedback, Olivier Baud notes: "These young adults are happy that we're interested in them. From our side, we're delighted to give them the floor, because they often have no voice. We already know that a weakened childhood leaves its mark. But there are also beautiful cases of resilience. What interests us is finding out where the problems and resources are, so that in the future we can work better on the weakest points."