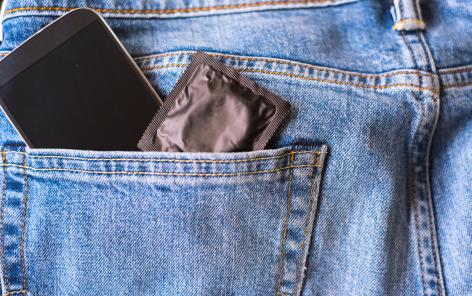 Sexual behaviour of young people in Switzerland: A lot has changed in 20 years

Overall, youth in Switzerland report a healthy sexuality. This is the main conclusion of a national survey on health and sexual behavior of adolescents and young adults carried out by the Lausanne University Institute of Social and Preventive Medicine (IUMSP / CHUV), the University Hospital of Zurich and the NCCR LIVES. Other findings show that online sex is increasing, and women continue to be overrepresented in the cases of unwanted sexual experiences and sexual abuse.

A team of researchers from the IUMSP/CHUV, Zurich University Hospital and the Swiss National Centre of Competence in Research LIVES at the University of Lausanne conducted a survey on sexual and reproductive health of young adults during the second semester of 2017. 7142 people aged between 24 and 26 years and living in Switzerland participated in the study. The last survey centered on the sexual and reproductive health young adults in Switzerland was carried out in 1995. A fair amount of new developments have appeared in these last twenty years.

The majority of respondents (86%) had only had heterosexual contacts, however 15% of females and 13% of males had either homosexual or bisexual experiences. The mean age at first sexual contact was just under 17 years. Almost all respondents (96%) had ever had oral sex, most of them with an opposite-sex partner. The vast majority (95%) had had vaginal sex and half of respondents had it at least weekly. The same percentage of females and males (49%) reported ever having had anal intercourse. Participants reporting having had sex with multiple partners at the same time, using medication to enhance sexual performance, or being blackmailed were a small minority. Those having ever had intercourse with someone met on the Internet accounted for 22% of females and 35% of males.

Around 90% of both males and females reported being only or strongly attracted to people of the opposite sex, and males (4.6%) outnumbered females (1.8%) in reporting same sex attraction. It is worth noting that 0.6% of females and 0.4% of males declared not feeling attracted to anyone. The vast majority of participants (92%) described themselves as heterosexuals, around 6% homosexuals or bisexuals, slightly under 2% did not know and 0.6% indicated the option other.

More than half of males (56%) and 46% of females had ever had intercourse while intoxicated. An important percentage (45%) of youths had ever had HIV testing, with females slightly outnumbering males. Almost all reported a negative result. Close to one youth in 10 reported ever having had a diagnosed sexually transmitted infection. Chlamydia was the most commonly reported among females and males.

Males outnumbered females in online sexual activity. Almost 3 out of 4 reported having already sent a sexy text-only message without photo, a sexy photo and / or a video of themselves. On the other end, almost 80% of participants had already received such messages. There were no gender differences for these two actions. However, 22% reported having already forwarded such messages to other persons without consent. In this case, males were overrepresented.

Males were slightly more likely than females to have received something or obtained an advantage in exchange of sexual intercourse, but it remained a small minority. On the contrary, males clearly outnumbered females in ever giving something or offering an advantage in exchange of sexual intercourse. There was an important difference in lifetime unwanted sexual experiences and in having ever been victim of sexual assault or abuse between females and males, with females largely outnumbering males.

On 4 and 5 February 2020, the 18 new doctoral students of the NCCR LIVES presented their research at the NCCR LIVES Doctoriales. This annual workshop enables the NCCR LIVES to train the next generation of researchers in the field of life course and vulnerability. The doctoral students in turn benefit from the interdisciplinary viewpoint of experts on their work, thus promoting quality research. The projects cover many fields, such as health, aging, career trajectories and social networks, cumulative disadvantages/disadvantages or methodological advances.

Life Designing interventions (counseling, guidance, education) for decent work and sustainable development. The UniTwin international network organizes a two-day event with presentations open to the public. During the first day, the vernissage of the book "Repères pour l'orientation" will take place. During the second day, the members of the network will give symposiums, conferences and do a roundtable. The thematic of this day will be the role of vocational counseling to promote access to sustainable careers. The event is held on March 5-6 2020 at the University of Lausanne, Amphimax, room 414.