18.11.2013 > Researchers and practitioners in the integration of youth start a dialogue 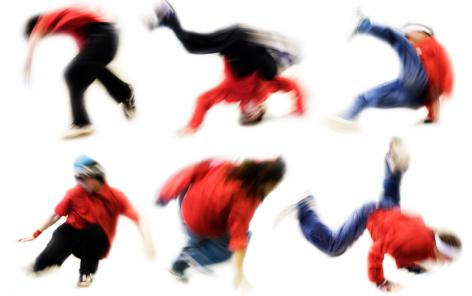 Researchers and practitioners in the integration of youth start a dialogue

On November 4, 2013, in Lausanne, a forum brought together academics from the National Centre of Competence in Research LIVES with top administrators from the cantons of Vaud and Fribourg to discuss the issues of young adults on social assistance. This meeting was intended as an informal exchange of views, with no other result required than to foster mutual understanding between professionals who are interested in the same issues but have very different practices.

"Multidimensionality of vulnerability": these words came up often on Monday 4 November in the Pontaise administrative building, used to describe the problems encountered by young adults when they attempt to enter the workforce. Social science researchers, social services department heads and integration programme managers – around twenty people in all – spent the afternoon discussing the challenges of supporting 18- to 25-year-olds with cumulative disadvantages.

At the beginning of the meeting, several portraits of disaffected youth were sketched out by Nicole Andrey, head of the "Scenic Adventure" project, a social and professional integration measure in the canton of Vaud, intended to reengage participants through artistic creativity. Many of these youths are plagued by family difficulties, low self-esteem, housing problems and unhealthy lifestyles, she explained. She underscored the importance of running the distance and not falling for the illusion of immediate results – both for the young people and for the social workers.

Three short presentations by researchers at the NCCR LIVES followed. Felix Bühlmann (IP5) expressed his interest in studying the life course of members of this population, and in problematizing existing integration measures while benefiting from the methodological advances offered by sequence analysis, which is a means of extracting typologies from trajectories that are originally quite varied, in order to better understand how some people fare better than others.

Then Emilie Rosenstein (IP5) summarised the conclusions of a study conducted with Jean-Michel Bonvin and Maël Dif-Pradelier that examined the canton of Vaud's FORJAD programme. Turning to the concept of the capabilities, she stressed the need for young people to take ownership of the measures offered to them, and underscored two crucial dimensions: the personalisation of support, and timing, which means setting up projects that take into account each person's biographical paths and their pace. She ended by posing the question of what comes next when measures end, asking what the government could do to create opportunities in the labour market, so that young people don't tumble into disillusionment.

Finally, Christian Staerklé (IP9) took a more psychosocial approach to workforce integration by looking at the need young people have for recognition – by their peers, their families and their environment – as well as the importance of identity and social belonging. He mentioned a study done by his team that showed the beneficial effect of collective self-definitions on the feeling of effectiveness, especially among immigrant youth – a conclusion that may inspire programmes for aid and workforce integration.

In the debate that followed, François Mollard, head of the canton of Fribourg's Social Action Service, said that research topics give him additional arguments for defending projects to help young people on social assistance. Sitting next to him, Jean-Claude Simonet, scientific advisor in the same department, commented several times to highlight the many challenges of integrating this population, and the need to offer diversified approaches in response to their needs.

From Vaud, the Service of social assistance and welfare was mainly represented by its head Françoise Jaques and Antonello Spagnolo, head of the Assistance and Social Integration Unit. The latter asked several fundamental questions: for example, how to allow beneficiaries to break free from the services provided by the public sector? How far does the state's responsibility extend when it comes to people whose workforce integration fails for reasons inherent to the labour market?

"It's not easy to accept that some people will just be sacrificed," added Simonet. For some people, the priority must be to bring young people closer to the realities of the working world, with finding employment being the real driver. However, many note that full employment is an illusion. Still others see work as potential violence against people who are already fragile, pointing out that work itself does not necessarily guarantee financial independence. And how can success be measured when other problems exist alongside the workforce integration problems (addictions, etc.)?

The discussion – which became ever more lively – did not yield a miracle solution. The researchers, including Dario Spini, director of the NCCR LIVES, called for greater collaboration between public authorities and the scientific world in order to understand the mechanisms involved in the processes of social exclusion and mobility. The practitioners, on the other hand, expressed interest in research providing them with a better understanding of how young people benefit from medium-term measures, whether they are able to maintain the skills they acquired, and what the concrete results of existing programs have been.

The participants left with the agreement that future meetings could involve deeper examination of specific questions in small groups, while involving other stakeholders, such as representatives of employers and civil society. They could also broaden the approach to other stages of life, knowing that problems don't arise all of a sudden at age 18 and do not simply end at age 25.

The child penalty is widely regarded as a main driver of the gender wage gap. This paper contributes to the literature by combining an event study framework with instrumental variables (IV) using the outcomes of in vitro fertilization (IVF) in Norway as instruments.