10.10.2016 > Gender awareness event at the University of Lausanne: focus on early academic careers 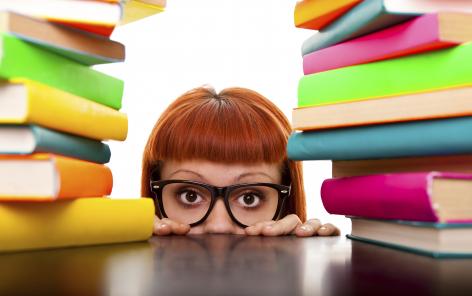 Gender awareness event at the University of Lausanne: focus on early academic careers

On 24-25 November 2016, a conference entitled “Early academic careers in times of uncertainty: Challenges for gender equality policies and practices” will be held at the University of Lausanne (UNIL). Organised by the European research project GARCIA, the LIVES Equality Programme and the UNIL Equality Office (BEC), with the support of the Gender Studies Platform (PlaGe) and the Social Science Institute (ISS), this event will gather researchers and experts from different countries who are interested in promoting women’s academic careers.

This event is the Swiss national conference of the EU research project GARCIA (Gendering the academy and research: Combating career instability and asymmetries), directed by Prof. Nicky Le Feuvre. Concerned with fighting against gender stereotypes and promoting an egalitarian gender culture in seven different European universities, the GARCIA project will end in January 2017. Interesting outputs from the project include:

Several workshops for junior and senior researchers have previously been organised in collaboration between the GARCIA project and the LIVES Equality Programme, and this conference will be an additional joint event. The ties between LIVES and GARCIA have been particularly tight, since Prof. Nicky Le Feuvre is the leader of the Swiss GARCIA team and of the LIVES IP206 (Gender & Occupations), Prof. Farinaz Fassa, the former Head of the LIVES Equality Programme, is a member of the Swiss GARCIA team, and Dr. Sabine Kradolfer, the LIVES Equality Officer, is the national coordinator of GARCIA.

During the conference, the main results of the GARCIA project will be presented, along with papers from various Swiss higher education and research institutions (swissuniversities, SNSF, etc.) and other invited speakers. A first half-day session on Thursday 24 November, entitled “After the PhD: Gendered aspects of undertaking an academic career... or not”, will address the socio-historical aspects of academic careers in the Swiss context, in relation to the alternative opportunities available on the Swiss labour market.

On the Thursday evening, a keynote talk by Klea Faniko will study the conditions under which “senior” academics are most likely to support junior female PhDs. After this talk, a short video-clip (produced by the UNIL Equality Office (BEC) with the support of LIVES and GARCIA) aimed at raising gender awareness amongst UNIL hiring committee members, will be presented by the BEC.

On Friday 25 November the morning session “Acting for gender equality in early academic careers: Incentives, initiatives, implications” will tackle the effects of gender equality policies in the Swiss context. Three workshops will run in parallel during the Friday afternoon session:

According to a study by the NCCR LIVES "Overcoming Vulnerability: Life-Course Perspectives", single-parent homes in Neuchâtel on social assistance are generally run by women facing multiple problems. Indeed, interviews with single mothers indicate an accumulation of disadvantages over the life course linked to social origin, incomplete schooling, health problems, migratory experience or inequalities in the life of a couple.

Prof. Marc Scott, from New York University, will give a public lecture during NCCR LIVES Doctoriales on 5 February 2020, "Both sides now: Methodological frameworks for objectives and challenges in sequence analysis".

Eighteen young researchers of the NCCR LIVES Doctoral Programme will present their thesis projects to internal and external experts on Tuesday 4 and Wednesday 5 February 2020 in Lausanne.