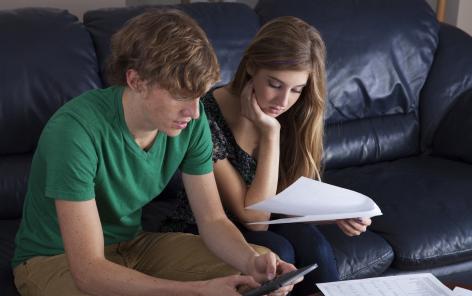 Data collection on the life course of low-income households

The Vaud Department for Health and Social Action has commissioned the National Centre of Competence in Research LIVES and the Swiss Centre of Expertise in the Social Sciences FORS to conduct a study in order to gain a better understanding of developments in income instability in the canton, and to take this into account in future social policy reforms. Between January and April 2014, more than 800 households of Vaud residents will have been integrated into the longitudinal study of the Swiss Household Panel.

"Hard-to-reach populations are the ones we are most interested in!" Professor Felix Bühlmann has good reason to be pleased with the agreement signed in November 2013 between the National Centre of Competence in Research LIVES, the Swiss Centre of Expertise in the Social Science FORS and the Department for Health and Social Action (DSAS): thanks to this agreement, it has been possible to select around 800 families residing in the canton of Vaud to add to the sample from the Swiss Household Panel. Individuals on a low income are intentionally over-represented in this sample. Data collection will come to an end in April.

A quarter of inhabitants on low incomes

In the Lake Geneva region, it is estimated that 16.4% of people live under the poverty risk threshold (set at 60% of median income), whether they belong to the category of the working poor or whether they are recipients of welfare benefits. However, in addition, a quarter of the residents of Vaud receive a subsidy in order to pay for their health insurance, and can thus be considered as being on a low income. "The objective is to obtain a systematic and synthetic overview of how the situation of vulnerable individuals evolves in order to strengthen the support system. This objective is in line with the 2012–2017 legislative programme, which aims to focus on prevention," explains Judith Kühr, who is responsible for research at DSAS and for coordination between the government and the NCCR LIVES on this project.

This is the second oversampling exercise to which LIVES has contributed in connection with the Swiss Household Panel, led by the Swiss Centre of Expertise in the Social Science FORS. The other experiment centres around young people between 15 and 24 who have been educated in Switzerland, two-thirds of whom are second generation migrants. In both cases, the focus is on populations who are generally under-represented in large surveys.

In addition to the questionnaire on the household as a whole, which is conducted by telephone or face-to-face, each individual member of the family is then invited to fill in a "life calendar". This tool makes it possible to track the trajectories they have taken in different domains, including work and health. The part reserved for relations with the institutions has been slightly adapted in the case of the Vaud oversampling exercise, in order to gain a more detailed overview of the links between the respondents and each welfare service provider: social services, unemployment services, disability insurance.

The Swiss Household Panel (SHP) intends to re-interview the same people every year in order to be able to trace their development. A first sample has been ongoing since 1999 and a second since 2004. The third SHP sample, collected since 2013 with the help of LIVES, provides a life course perspective and focus more on the issue of vulnerability. Several of the 14 LIVES projects have added questions, and are waiting for the data collected by the polling institute MIS Trend so that they can carry out their analyses.

The canton of Vaud is expected to receive an initial report at the beginning of 2015, then another after each wave of the survey. This collaboration between a government body and academic research centres is a positive development: "We have set the objectives together, and we have come to compromises in order to adapt ourselves to a different approach, a different time frame," states Professor Felix Bühlmann. From a methodological point of view, oversampling is a challenge, as it means that certain observations have to be weighted. This experiment will therefore not only provide the authorities with information, but will also lead to scientific progress.