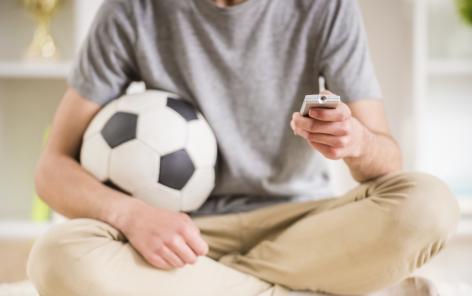 Children have a life outside of school and family time. How should it be organised?

The very first Symposium on the Family took place in Geneva on 31 May 2016, at the request of the new association, Avenir Familles (Family Futures) and its Observatoire des familles (Observatory on the Family) based at the University of Geneva with the support of the National Centre of Competence in Research LIVES. This day of conferences, workshops and debates brought to light the growing and sometimes contradictory requirements for flexibilisation on the one hand and securement on the other in matters relating to childcare outside of school and family settings.

The first Geneva Symposium on the Family on 31 May at Uni Mail brought together some 90 participants from associations and from state-run, economic and academic bodies in order to consider the topic of arranging and taking responsibility for care outside school and outside the family for children from 4 to 18 years of age. The event, which is intended to be held again on a regular basis, was initiated and organised by Avenir Famille, an association created less than a year ago, which already has around forty partners. It includes a research element located in the Department of Sociology at the University of Geneva under the direction of Professor Eric Widmer, co-director of the National Centre of Competence in Research LIVES.

The morning was devoted to three plenary conference sessions featuring six speakers. Gianluigi Giacomel and Antonio Martin Diaz, currently researchers at the University of Lausanne, presented the results of the study Prise en charge extrascolaire et extrafamiliale des enfants genevois (Arranging and taking responsibility for care outside school and outside the family for children from Geneva), carried out in 2013-2014 on behalf of the City of Geneva and drawn from 1,700 households. We learn, for example, that 60% of pupils in Geneva use school canteens and 40% take part in after-school activities in the late afternoon. Almost one in every two children is regularly looked after by a member of the extended family, particularly on Wednesday afternoons. During the holidays, 7% of children do not go away at all, and we can see that organised daily activities have largely superseded holiday camps.

Prof. Widmer then produced an analysis of these results taking into account the socio-demographic profile of the parents. He found that low income is associated with a lower participation in extracurricular or after-school activities and use of the extended family, which raises the question of the supervision of these children, who are "increasingly left to themselves in places where the economic, cultural and social resources are weakest (...) when in fact they should be supported more in order to compensate for the social disadvantages". According to the researcher, migrant families in particular suffer from this "accumulation of deficiencies", resulting in a certain "social diffidence". He concluded by saying that we should not necessarily increase provisioning, but perhaps think about presenting or structuring it differently, appealing to the "collective intelligence" of the participants at the Symposium.

On more than one occasion the two conferences which followed, as well as the workshops in the afternoon, gave food for thought about two current trends in society, flexibility and security, the requirements of which can sometimes be difficult to reconcile.

The sociologist Marie-Agnès Barrère-Maurisson, a researcher at CNRS and a specialist in the relationship between family and work, has identified three stages during the past fifty years in France: the familialism of the 60s and 70s, with a very gender-based division of the paternal and maternal roles, followed in the 80s by a feminist phase, where mothers found a place in the world of work, and finally, starting during the 1990s-2000s, an era of "parentalism" where the child is at the centre, regardless of the nature of the marital relationship between the parents. "What constitutes family today is the child and no longer the couple; it is the only constant in a wide range of parental relationships" the researcher has noted, calling for "a rethink of the way work is organised in order to move from a culture of presence to a culture of performance, that is, make working time as flexible as possible, including for men", whose growing involvement with children has been recognised.

This promotion of flexibility has certainly got a reaction from the public. "I am shocked because, in my own case, I have 60% attendance for 100% performance", noted one participant. Several people then stressed the need to distinguish between flexibility that you can choose and flexibility that is imposed.

This theme was illustrated perfectly at the next conference, hosted by René Clarisse and Nadine Le Floc'h, psychologists and lecturers at the University of Tours. As specialists in chronopsychology they were able to demonstrate the importance of respecting the child’s daily, weekly and annual rhythms, providing more information about the peaks and troughs in attention depending on the time and the seasons. They also provided some interesting data on the needs of children in terms of "parenting time" or, put another way, in terms of a "safe haven", warning about unpredictable working schedules and weekend working for parents, two sources of stress for children with consequences for their attention levels and therefore their capacity for learning.

The stakeholders’ point of view

The five afternoon workshops were an opportunity to review the situation and to discuss the support structures from the perspective of the various stakeholders: public or private schools, extra-curricular associations, companies, family associations or public institutions. The tension between the need for flexibility and the need for security was very evident there.

On the one hand stakeholders are looking for more flexibility in order to open nurseries, create new after-school or extracurricular activities, extend child-care timetables, enable tailored work schedules for parents, etc. But these demands also run counter to another strong trend in society, the trend towards greater security: ever stricter legal and regulatory requirements, anxiety of parents faced with incidents and the academic and sporting performance of children, lack of tolerance for the noisy group activities of young people, stigmatisation of certain less advantaged backgrounds. "We live in a society where it is no longer conceivable that a child could step onto a football pitch alone", was a comment heard during the afternoon.

The workshop dedicated to public institutions also allowed attention to be focused on some serious cases requiring the intervention of the specialist services. There was a lot of discussion about the alienation of young people and the need to improve prevention, viewed as a social investment, but also to strengthen dialogue with parents, proximity and networking, and to try new ways of communicating.

A white paper from the Symposium on the Family will pick up and develop all of these themes. One small but important step for the family in Geneva may be transformed into a giant leap forward for society!